The Diary of a mountain bike guide, route researcher and guidebook writer

April 22nd is World Earth Day – a nominal slot in the calendar chosen to try and focus attention on the plight of our planet. To celebrate the occasion, both last year and this year I posted the following quote from Gerhard Manley Hopkins on social media.

Anyone who knows me will know my passion for wild places and these 3 lines say so much to me.

This year Earth Day felt particularly special as Steph and I were lucky enough to be experiencing some real wildness – or about as close as you can get to it on these islands – in Torridon, on the north-west coast of Scotland.

It could be argued that any ride in this part of the world has a wild feel to it. But this one proved to be more ‘out there’ than most . First we climbed to one col: Bealach na Lice – a broad, heathery gap overlooking a remote lochan; and then we continued up to another:  Bealach Bán – a decidedly rocky affair defined by some tempting slabs.

A singletrack traverse then carved a sweet line around the head of the gaping Coire Grannda and by now, we were feeling a long way from the road, the glen we’d started in, or in fact any form of civilisation. 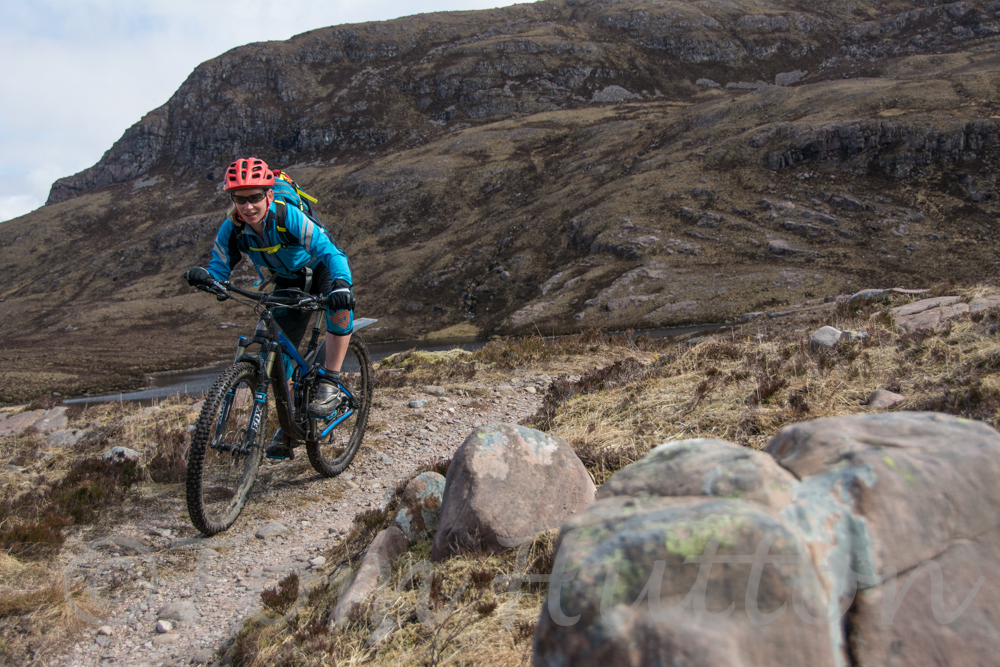 And then, as the burnt red of the Torridon sandstone gave way to the dazzling grey/white of a band of slippery quartzite, we clambered awkwardly over a steep, sloping shoulder and dropped into a hidden inner sanctuary – a secret flat-bottomed choire, walled in by a steep, stony carry and topped by a more remote col still. This one was unnamed on the map but we were now over 700m higher than our start point.

This felt wild with a capital W. Each col we crossed was like a door being slammed closed behind us. And we definitely felt that there was no going back from here. Beyond lay Coire Láir: as stunning a descent as you are ever going to ride – type Steve Peat and Visit Scotland into Google if you need evidence. And there’s over 600 vertical metres of it to boot…

So we’d done a huge climb, and a huge descent and a fair bit of technical singletrack as well – a big day out already by anyone’s standards. But at this stage we were on the wrong side of the hill. The homeward leg presented us with another 400m of ascent – epic in its own right on a different day,but relatively straightforward on the back of the action we’d seen so far.

Back at Bealach na Lice, we were comfortably perched at the top of yet another absolutely top-notch descent. It was rocky, it was technical and with the sun now setting over the sea directly ahead, it was also mind-blowingly scenic.

And it finished at a pub – we’re making it up right?

Food and drink was both welcome and well-deserved at this point, and we were grateful for some rest too. It had been an awesome day. The riding was as good as it gets anywhere and the scenery was sublime. But despite all of this, it will be the wildness of it all that stays in the mind longest. What a way to truly celebrate Earth Day.

Can’t wait to go back.

For information on our guided trips to Torridon and the rest of the Scottish Highlands, see www.tomhuttonmtb.co.uk 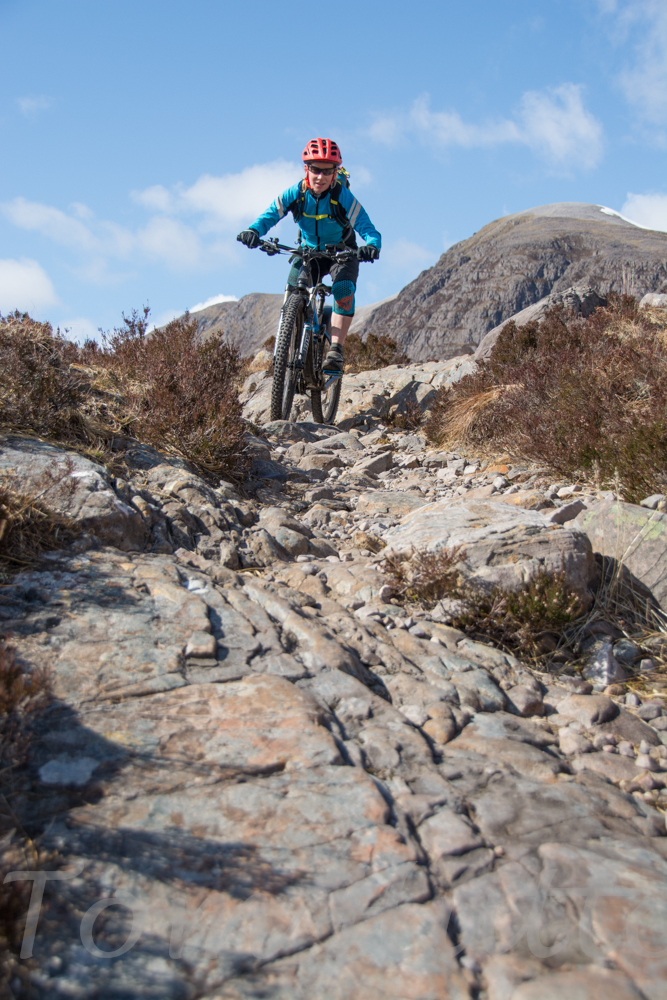